Funding Applications - Lessons for Solicitors Learned in the Trenches

Today's blog is co-written by me and my colleague, Margaret Heathcote, whom you can follow on Twitter @Auntie_Ag

On 10 March, Mostyn J handed down his decision in the case of Rubin -v- Rubin [2014] EWHC 611 (Fam).  We were solicitors for the Applicant Wife in the proceedings.

The applications before his Lordship were these:


Mostyn J sets out in his Judgment the background to the case, which we do not repeat here in detail.  The salient points for this blog are these:

At paragraph 13 of his Judgment, Mostyn J sets out the principles which must apply in determining a LSPO application.  Quite reasonably, he observes the court should be cautious “where the claim for substantive relief appears doubtful”.  He takes the view that, as the court must also satisfy itself that without the payment the applicant would not reasonably be able to obtain appropriate legal services, “the exercise essentially looks to the future”.

In this case, both applications for the Husband to meet the Wife’s legal costs were made in advance of those costs being incurred.  They were supported by the usual enquiries in respect of the availability of funding from other sources – commercial and otherwise.  They were made when it was reasonably expected that the various aspects of the litigation would continue in this jurisdiction.  Neither the Wife nor we on her behalf could have reckoned with Hogg J declining to deal with the Schedule 1 application, nor the vagaries of listing which meant that the stay application was heard before the LSPO application.

So with the benefit of hindsight, what, as solicitors, should we have done?  The logical conclusion of Mostyn J’s Judgment is that we should have downed tools and walked out of the trial of the Abduction proceedings when the Judge declined to deal with the Schedule 1 application.  The “gratuitous offer” to which he refers (the £6,000 offer made at the close of day one of the trial) was intended to ensure the Wife’s trial Counsel would be paid.  It covered none of the Wife’s legal costs preceding that, nor of her solicitor attending court.  Whether Counsel could (or would) then have remained in court on some sort of quasi “Direct Access” basis if we had walked is a moot point.  We did not walk away in the expectation that the application for costs remained a viable one; so Counsel was not required to make that election.  Our client certainly could not have represented herself.

Likewise, when the Husband declined to meet the Wife’s costs of the divorce and financial remedy proceedings, Mostyn J’s decision has it we should have ceased to act forthwith.  We should have required, it would seem, the Wife to act in person against a party who had the means to fund his and her costs without making a dent on his significant wealth.  We should have, it would seem, allowed the Husband to take every juridical advantage by deciding if and when he might defray the Wife’s legal costs (and if when, then in whatever amount he decided was fitting).  He ought also to have been allowed to manoeuvre himself tactically in the US via his (privately funded) attorney there, whilst the Wife was denied access to justice save for on the “grace and favour” terms the Husband dictated.

We did not down tools in respect of either set of proceedings.

The Wife is now living with the children in the US, a country where she does not wish to remain.  She is engaged in contested proceedings there in respect of custody, her financial future (there is, of course, a pre-marital agreement in the US which the husband seeks to enforce (at least those parts of it that are advantageous to him)) and that of her children.  She has had to borrow money to initially instruct attorneys, and is seeking an order in the US that her husband should underwrite her future costs.  Seemingly, we have to pursue her now for legal costs, and she will in turn have to seek them in the US litigation from the Husband as a debt, incurring further costs by doing so.

And so the merry dance continues ….

Mostyn J rightly points out the inherent difficulty in making available Legal Aid to the Husband in the Abduction proceedings (in circumstances where his means meant he did not require it) but not to the Wife (in circumstances where her means meant that she did).  The practise and jurisprudence which has developed (and is developing) in respect of LSPO and Schedule 1 applications seeks to address what should happen when a rich spouse seeks through litigation to outspend his impecunious other.  The protection such applications ought to provide appear to have failed the Wife entirely here.

Should the Wife in Rubin have sought to pursue her application for a financial remedy in this country, notwithstanding Hogg J’s decision in the Abduction proceedings?  Whilst there were no assets in this jurisdiction, and none of the parties here post 17 February 2014, would a belligerent persistence in litigating the question of a financial settlement here, and the legal costs of that stance, have been sufficiently prospective and “forward looking” that her LSPO application might have succeeded?  Likewise, had Hogg J dealt with the Schedule 1 application prior to deciding the Abduction proceedings (as she had been requested to do), rather than taking the path of less resistance, would that also have been sufficiently “forward looking” that that application might have succeeded?

The real shame of Mostyn J’s Judgment is that it leaves – for now at least – unaddressed the policy issue of whether an impecunious by Legal Aid ineligible respondent in Abduction proceedings can deploy Schedule 1 to secure provision for her legal costs of that litigation.  That principled point, which requires a decision one way or the other so that parties to such proceedings (and those that represent them) know there options remains undetermined. 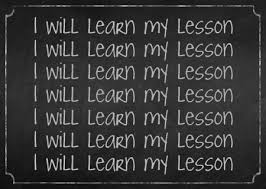 So what lessons can be learned?  We suggest, in light of Mostyn J’s decision, that for solicitors they are these:


Ignore these lessons at your peril.  The alternative is to find yourself either out of pocket, or having to pursue an impecunious client to recover unpaid fees.
Posted by Unknown at 11:47