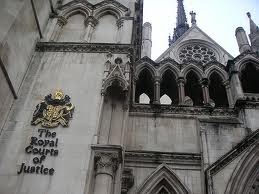 A High Court Judge has taken the unusual step of ordering a local authority to pay a parent’s legal costs.

The Judge, Mr Justice Cobb was considering a case concerning a six-year-old boy.  There was a dispute between his parents about questions of residence and contact – where he should live and the time she should spend with the parent with whom he did not live.

The father raised concerns about aspects of the mother’s behaviour:  in short that she had fabricated serious medical conditions in both herself and the child.

The exaggeration or creation of symptoms of illness to gain investigation, treatment, attention, sympathy, and comfort is a recognised and serious psychiatric disorder.  It used to be called Münchausen syndrome.  The related condition was termed Münchausen syndrome by proxy, a particularly insidious form of abuse where the abuser seeks attention or sympathy by fabricating or inducing illness in a child.  The label “Münchausen” has fallen out of favour and the expressions “factitious disorder” or “fabricated illness” (by proxy, if it involves the abuse of a third-party) are preferred. 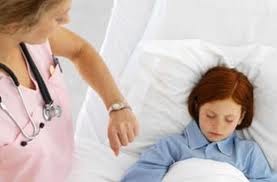 Because of the serious nature of the father’s concerns, the local authority was directed by the court to prepare a report under section 37 of the Children Act 1989.  That section enables a court to direct a local authority to prepare a report if it considers that it may be appropriate for the State to intervene – either via a care or supervision order – in the child’s family life and upbringing.

And so a section 37 report was prepared.  Unfortunately, it failed to address in any meaningful way the serious issues raised in the case.  There was limited analysis of the fabricated illness and how that might impact on the care the mother provided to the child. 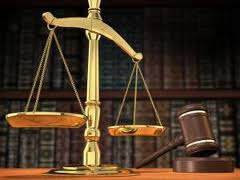 The social worker who wrote the section 37 report, and her manager, subsequently gave evidence to the court.  During that evidence, it emerged that:

It was agreed that the hearing could not proceed in those circumstances, and was aborted.

A further section 37 report was prepared and filed, and the issues were decided at a later date.

The question Mr Justice Cobb had to decide was who ought to pay the costs of the first trial, which had to be aborted on account of the local authority’s deficient approach.

His Lordship looked at the relevant legislation about costs, the corresponding court rules and previous decisions interpreting both.  As a general rule, costs are in the discretion of the court.  The court may make at any time such order as to costs as it thinks just. 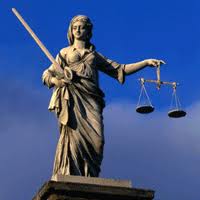 The Judge identified the appropriate test as being whether, in all of the circumstances, it was just to make a non-party pay the costs of proceedings.  He identified the following extract from an earlier case about applying that test to be of relevance:

“In such cases it will be a matter for judgment and the exercise by the judge of his discretion to decide whether the circumstances relied on are such as to make it just to order some non-party to pay the costs.  Thus, as it seems to me, the exceptional case is one to be recognised by comparison with the ordinary run of cases not defined in advance by reference to any further characteristic"

The Judge decided it was appropriate to make an order against the local authority to pay the father’s wasted costs of the abortive trial.  His Lordship was sympathetic to cases where minor failures in practice occurred, because of under-resourcing of local authorities.  Such cases would not attract financial penalty.  However, the failures here were not minor; the Judge described them as extensive.  They had had a profound effect on the conduct of the proceedings.  He said (at paragraph 52):

“The Local Authority has in my judgment failed fundamentally to investigate, address, or analyse the serious issues in the case raised by the father's allegations when it prepared its section 37”

The Judge further was sympathetic to the lack of training on the part of the individual social worker, which could only be acquired over time and professional practice.  The failure justifying the costs order was a systemic one on the part of the local authority.  There was simply no training of social workers in the assessment and management of fabricated illness cases.

The local authority’s hard-pressed financial resources did not exculpate it from its statutory responsibility.  This was not least given that the father was himself a man of limited means who could not afford the wasted costs of the abortive trial.

His Lordship was fortified in his conclusion by reference to earlier decisions where costs orders were made against non-party expert witnesses who had caused significant expense to be incurred through disregard of their professional obligations. 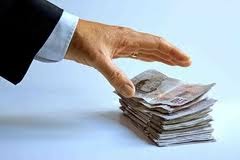 The local authority was ordered to pay just over £10,000, a sum the Judge described as “relatively modest by the standards of some High Court family litigation”.

And so a cautionary lesson for experts – which the President has been at pains to remind us in recent diktats includes social workers - in family proceedings.  Ignore your professional responsibilities at your peril.  There is of course a wider policy issue here:  doubtless many of the shortcomings of the local authority are a direct result of scandalous and continuing underfunding.  It is very easy to cut the Family Justice budget to the bone and pretend it will all be okay and that stakeholders will just muddle along and make do.  This decision demonstrates the fallacy of that line of thinking.  Making local authorities meet the financial consequences of central government funding cuts might just make the latter sit up and take notice.  Decisions like this speak the only language – a rudimentary monetary one – they seem to hear.
Posted by Unknown at 04:45